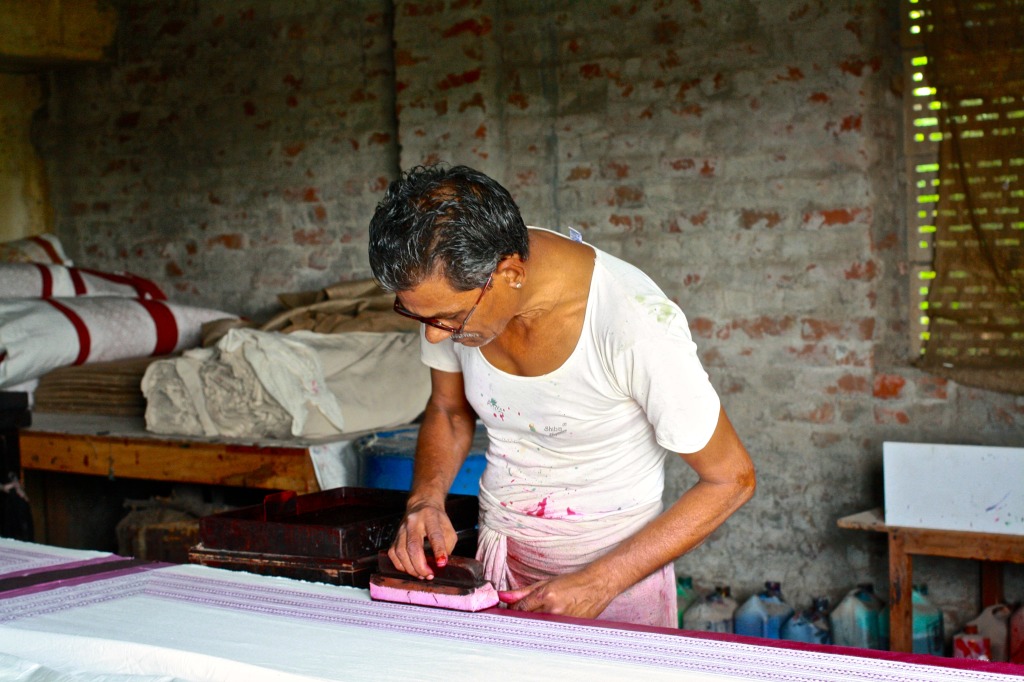 The art of block printing has a long history in India. In the northern area of Rajasthan block printing began in the 18th century and was used mostly to create intricate fabric for royalty. Block printing flourished in Sanganer as domestic trade grew, and the craft was passed from generation to generation. In the 1950s, however, block printing was less in demand as mechanical techniques like screen-printing and other machine-made fabrics became readily available, less time-consuming and cheaper. In the late 1960s, with the wave of new “hippie” interest in India, designers started to use block print fabrics and exports began to revive the craft.

Today, artisans in the Sanganer area of Jaipur keep the art of block printing alive, using the same age-old techniques.  The fact that everything is done by hand creates pros and cons. Block printed fabrics are wonderfully unique; when you examine a piece closely you can sometimes see the edges of where the blocks line up. These markings reveal that a person crafted the piece by hand, which is rare in today’s market of fast fashion and factory-made big-box products, and are also indicative of the time involved in the process. Block printing takes a tremendous amount of time, and does not always pay-off for the artisans. This is where fair trade comes in! But first, let’s talk about the blocks.

Block printing is an extremely labor intensive process, especially if you consider that the blocks themselves are carved by hand and can each take a few days to make when very detailed. Block printing starts with block carving, and block carving begins with a pattern. It is first burnt into tracing paper, then placed over a slice of wood. An artisan then takes a long piece of metal and a nail and delicately taps the nail into the wood to mark out the pattern.

Block carving is done with very simple tools: wood, a stone slab as a work surface, and various small chisels. It is extremely detailed work, and, like the block printing, is so engrained in the artisans from years of practicing their craft, that they never mess up, or rarely. Block carving and printing are crafts that require patience and non-stop attention to detail. They are both incredible to watch, and quite mesmerizing.

After chiseling out the areas around the pattern, the more detailed work begins, especially if the block is for the outline of a pattern. The outline blocks are the most detailed as they are comprised of tiny lines and edges. When the block is done, they delicately drill tiny holes in the base, being careful not to split the block. The holes allow air to escape when the block printers press the ink onto the fabric, otherwise their would be air bubble marks in the printing.

The block print workshop we visited in Sanganer (read our previous post on our trip to India) had an extensive collection of old blocks. They don’t use many of them anymore, but they still keep them around since they know a lot of work went into making them. The blocks filled shelves along an entire wall at the workshop. 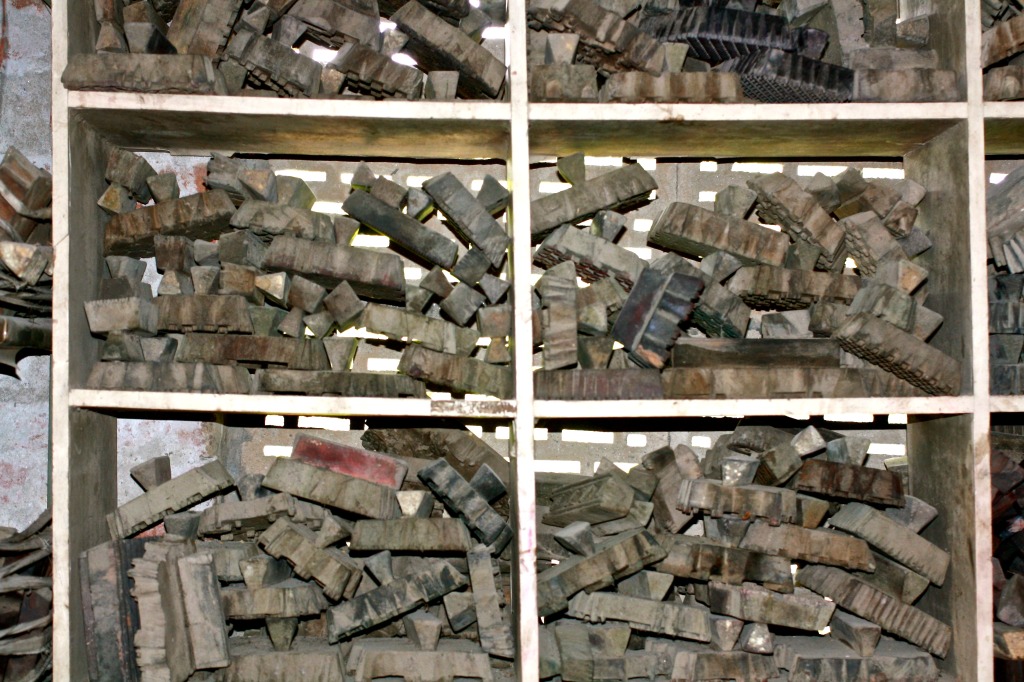 As mentioned above, fair trade has helped keep the art of block printing alive, at least in the workshop we visited. All of the block printers in the workshop have recently been put on salary, as opposed to hourly wages. For them, this is a big step, as it provides a much needed security; they know they can go to work everyday and get paid every month, no matter what. Even during the monsoon season, when it is too wet to block print because the air is too damp for proper drying, the artisans are given other work. Other block print artisans lack this security and may have to seek other employment if they do not have enough hourly work. This may not seem like a big deal to someone in the U.S. who begrudgingly goes to their 9-5 job every day, but to a block printer it is very important. The fact that they can practice their craft every day and earn enough to support themselves and their family is crucial. 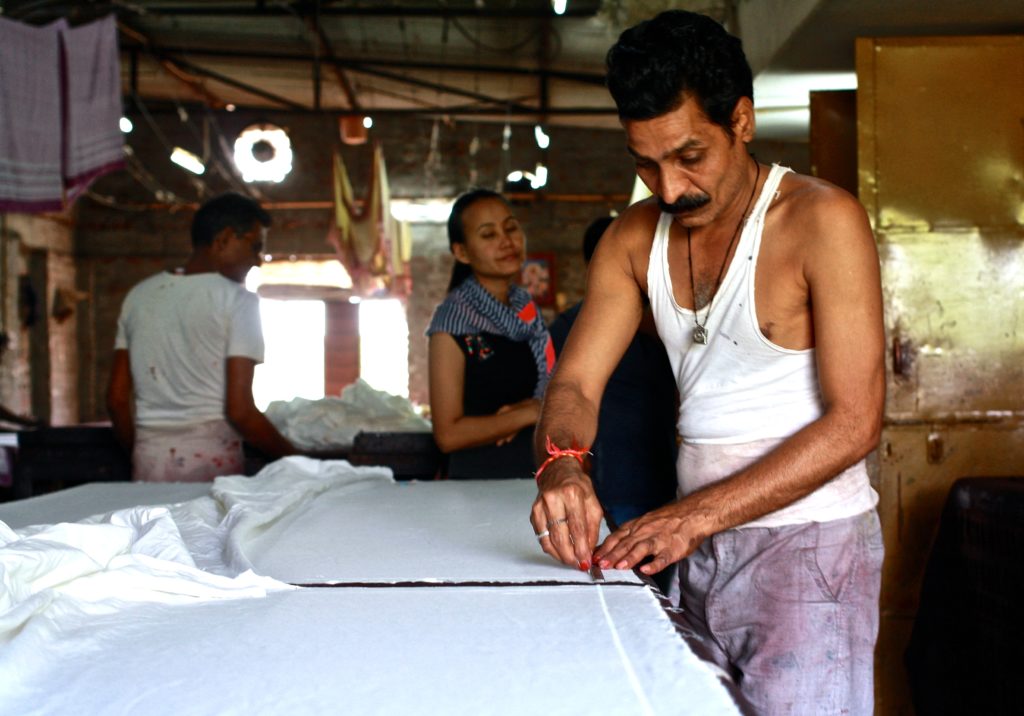 The workshop is run with dignity and respect and each block printer plays an equal part in making the workshop run smoothly. The streets of Sanganer are lined with block print workshops in some areas, but they are not always run so equitably. Craftsmen in India have not always been treated with dignity, especially with the intensity of the caste system. The workshop, however, ran like clockwork, the block printers rotating endlessly around the fabric tables, making adjustments when the designer, Anjana, talked them through it. We spent hours, and could’ve spent days, at the workshop just taking it all in, the sounds and the peacefulness of seeing people do what they are the best at doing. It was an honor to see people take such care in something they make with their own hands, and also something they make as a team, with no one artisan taking credit for any one piece – they all contribute. 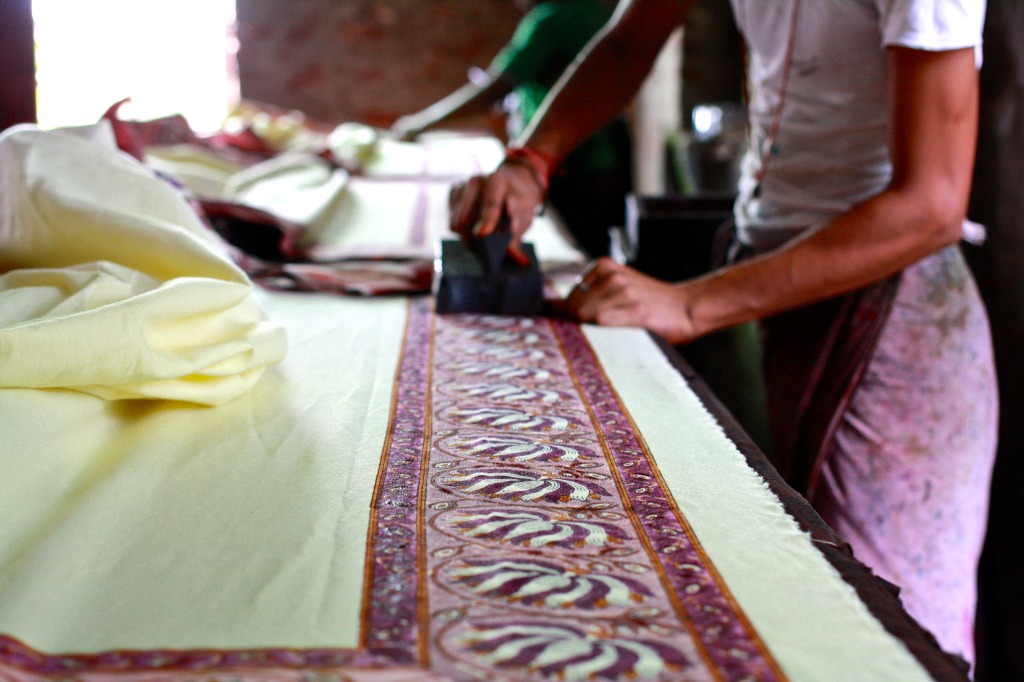 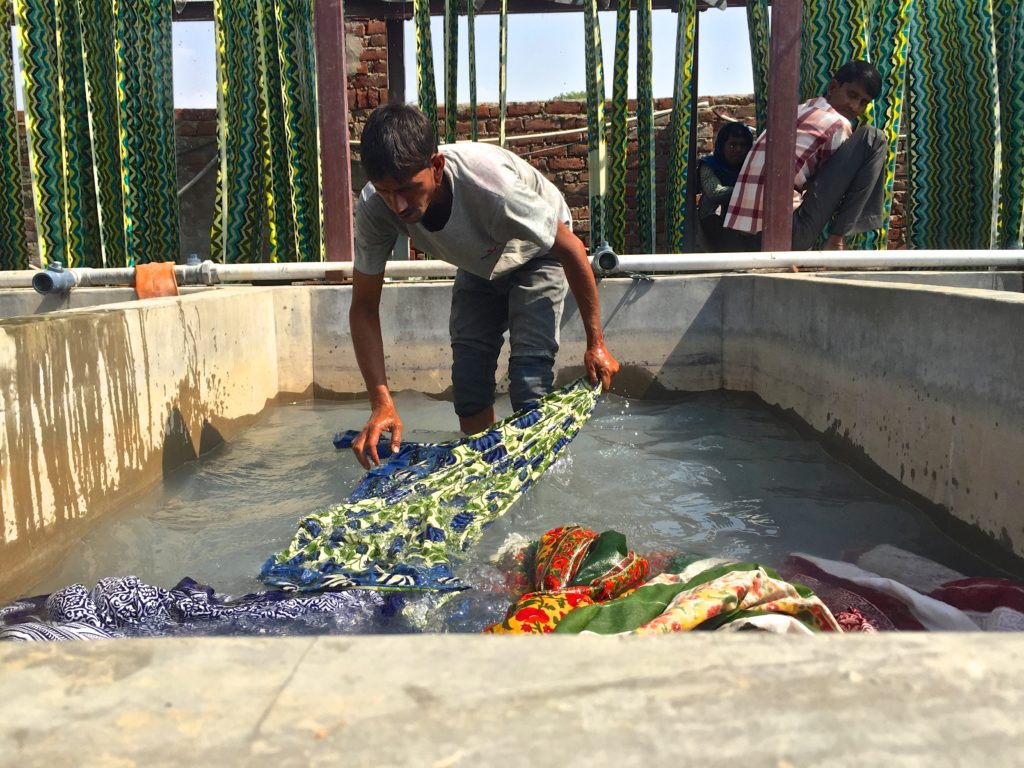 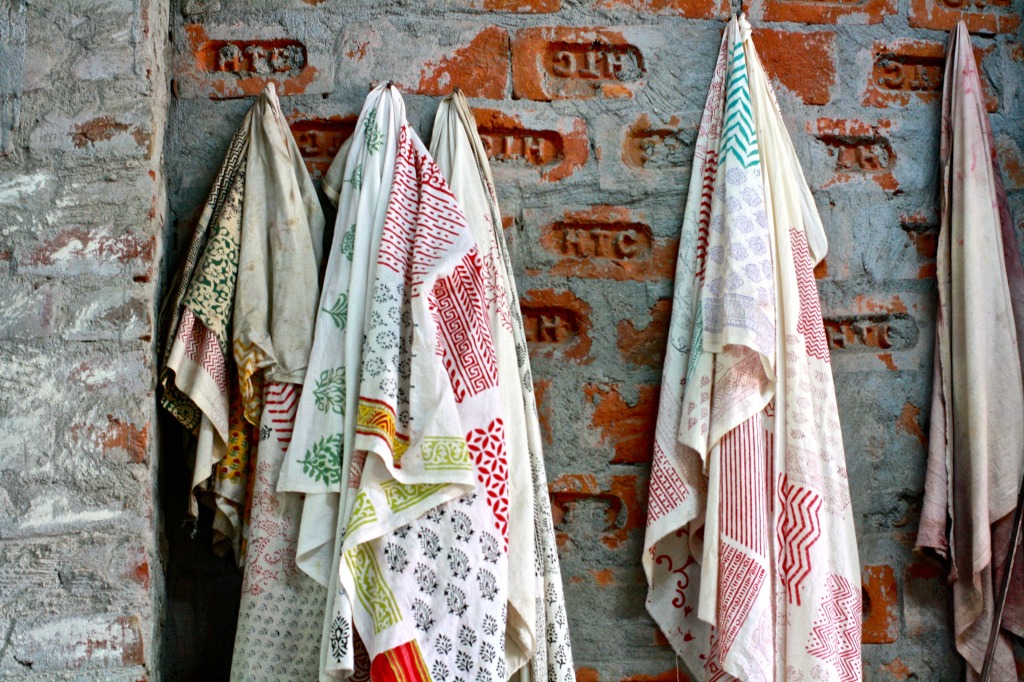 If you missed last week’s post, check out Fair Trade in Action Part 1

Browse our selection of block-print linens from Jubilee Traders.

How to Become a Fair Trade University: An Inside Look