Fact: Fair trade works as an equitable system of trade where artisans get paid a fair wage for their labor and are treated with dignity and respect. 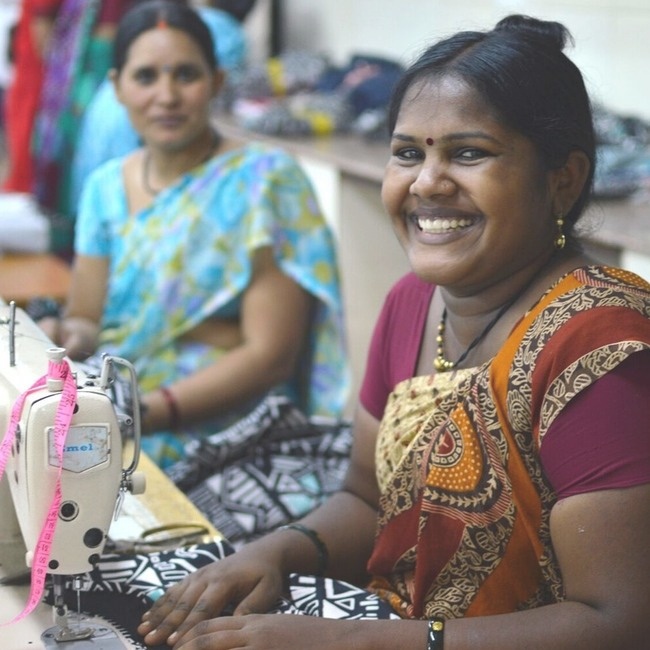 Part Three of our series on Fair Trade Myths goes into the unfortunate misconception that fair trade is a form of charity. While it does help artisans working in developing countries break the cycle of poverty, fair trade does not rely on handouts. Fair trade began as an alternative form of aid for developing countries where traditional charity was not enough. Fair trade creates self-sufficient, independent organizations that work towards long-term change and positive development.

In many ways, fair trade partnerships allow artisans to feel more dignified than if they just received money from a charity organization. Fair trade places a real value on the skills and talents of the artisans, many of whom have been working on their craft for years and learned the skills from their parents or grandparents.

Unlike traditional charity, fair trade includes a social premium, on top of a fair wage, which goes to the community as a whole. Each cooperative then decides how to use the money for projects like clean water wells, new workshop facilities, a daycare facility, and other projects that will benefit the entire community.

Another advantage of fair trade over traditional charity is the fact that in working towards long-term development, fair trade provides steady, regular employment so that artisans have money coming in consistently. This regular income makes a big difference in the kind of livelihood the artisans can have for themselves and for their families. As fair trade organizations grow their partnerships, they also are able to provide educational resources like skill training, health care, financial planning, and more. These are extremely useful resources that traditional charity usually does not provide, but are crucial for the independent development of artisan communities.