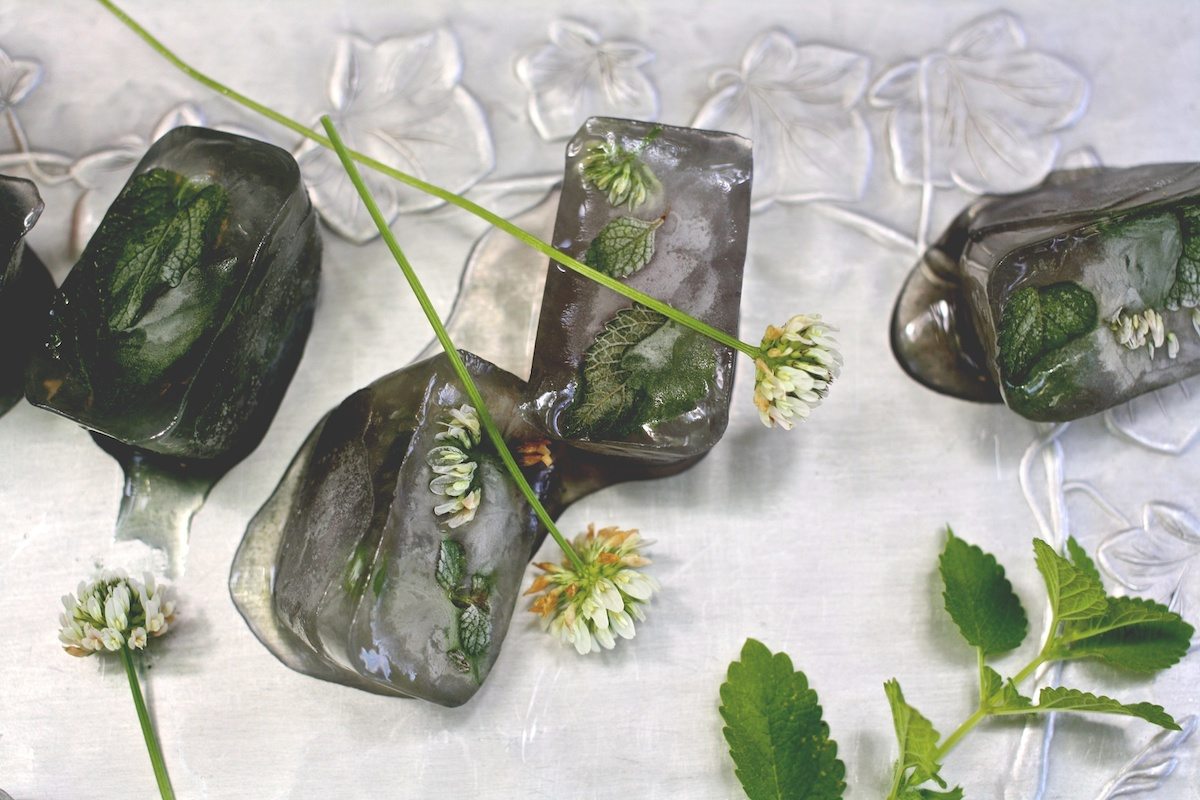 Nothing beats the summer heat like an ice cold glass of iced tea. We cooled off with a batch made of fair trade Choice Organic peach green tea and northwest blackberry. The combination is perfect for summer afternoons with a bit of sweetness from the peach and half the caffeine since northwest blackberry is an herbal tea. It’s hard to improve on such a classic summer beverage, but we got an idea from a coffee shop that used coffee ice cubes in its cold brew coffee so that when they melt they make the drink cold without diluting it. Brilliant idea, and pretty easy to do if you’re already making tea.

We used half the batch of iced tea to make ice cubes and made them extra fancy by adding in some fresh herbs from the garden. The clover flowers and mint leaves then dissolved in the tea as the ice cubes melted, making for a very pretty and refreshing drink! We ended up finishing off the tea and still had some ice cubes left so we added them to a glass of water for just a hint of tea and fragrant herbs! 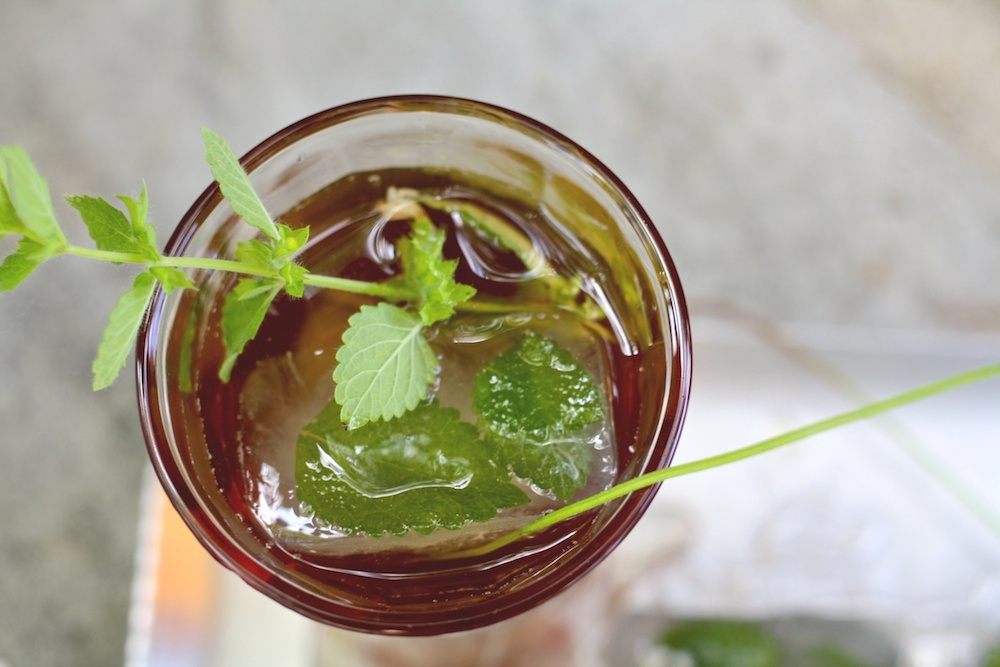 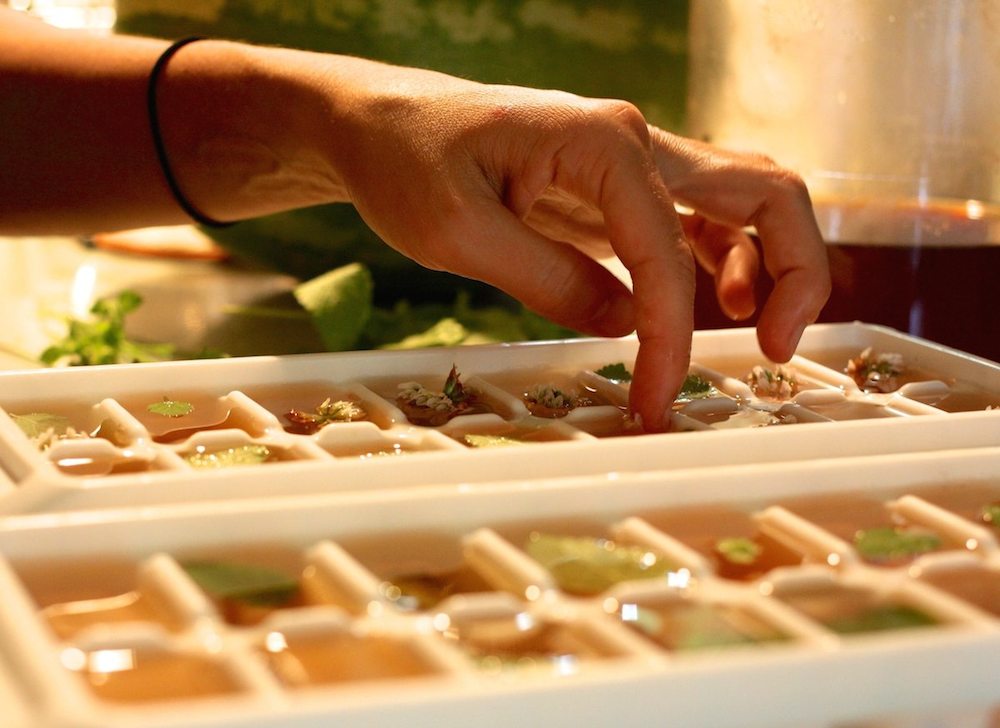 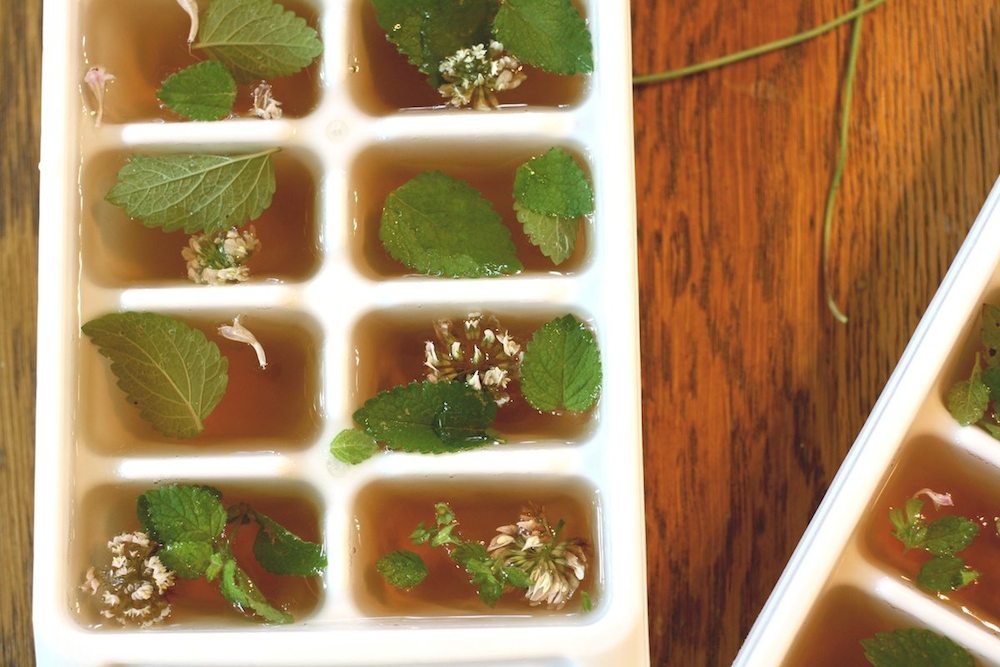