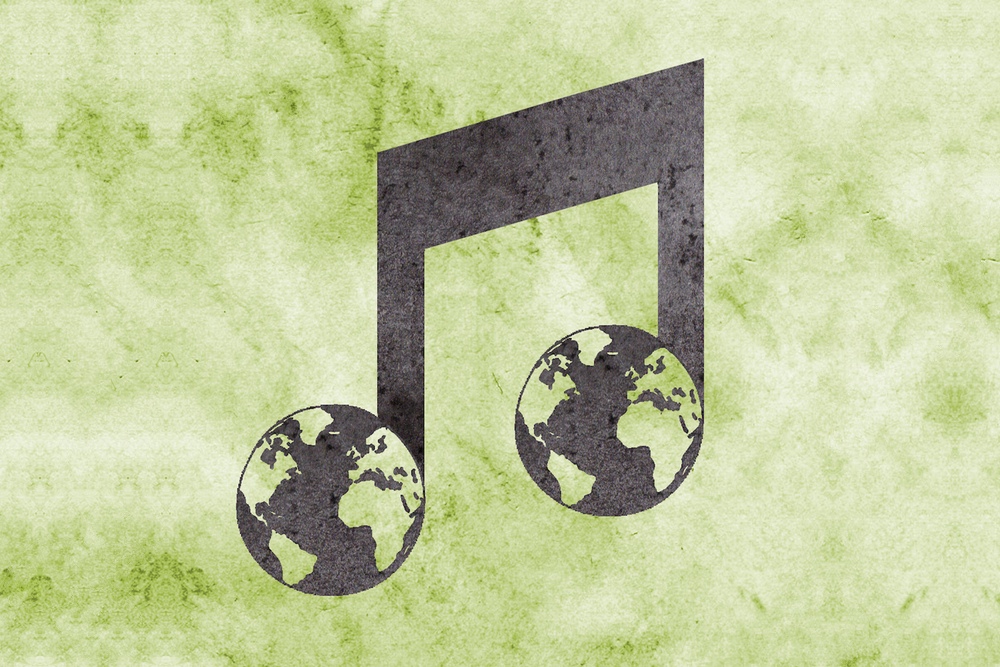 Pop Songs from Around the Globe

Exploring the globe is a daily occurrence at Fair Trade Winds as we celebrate the culture and craftsmanship of communities worldwide.  Similarly, our musical horizons span the globe.  In this week’s jukebox playlist we’re exploring global pop sounds.  The reach of pop music is far and influences every evolving musical culture creating a cacophony of creativity and collaboration.

Put on your dancing and shoes and get ready to groove.  The inescapable rhythms of global pop sounds help connect all of us while simultaneously highlighting the unique and varied characteristics of the multitude of musical cultures. In this week’s playlist we trot through South America, Central America, North America, the Caribbean, Africa, Europe, and India.

It’s only fitting then that Jain leads off the playlist with her track “Makeba.”  Her mother is from Madagascar, while she grew up between Dubai, the DR Congo, and France.  She’s set the pop world on fire since her performance at a French music awards show and much like her upbringing, her musical sounds are similarly diverse and far reaching.

Bomba Estereo’s “Amanacer” (from the album by the same name) is in an intoxicating mélange of Colombian rhythms with an equally charismatic lead singer piloting our sonic voyage to South America.  Nigerian pop star Yemi Alade provides and engrossing rendition of her track Want You.  Chico Mann and Captain Planet team up for one of the best tracks from last summer with their infectious “Como Me Miras.”

The Guinean and Senegalese Rapper MDH waxes lyrical before dropping a hypnotizing pop track called “A Kele Nta.” Shankar Tucker treats us to an intoxicating groove on “Rang Lo” featuring several other prominent Indian musicians.  The London/Malawi duo The Very Best serenade on “Mariana” from their equally engrossing Makes a King album.

Nigerian hip-hop artist Iyana then turns up the rhythm with the hard driving track “Kukere.” Like Jain and Yemi Alade, Yseult made her major breakthrough in front of her national audience captivating France on its hit show Nouvelle Star in 2014.  Her track “La Vague” captures the aura and charisma that initially vaulted her into the limelight.  Javiera Mena transports us back across the Atlantic to Chile with her 2014 hit “Otra Era.”

Another Chilean artist, Astro, picks up from their compatriot with their track “Caribbean.”  Novias by El Guincho and Javiera Mena continue our journey along the Pacific coast as the Chilean duo harmonize beautifully.  Jain appears again with the track that launched her into pop stardom entitled “Come.”  The sibling duo, Sotamayor, blends sounds from across Latin America as the Mexican duo collaborate on their track “Cielo.” The playlist concludes with another Chilean star.  Mariel Mariel treats listeners to a captivating conclusion with her track “Los Bajos Vibran En Mi Pecho.”

Around the world in 80 minutes! (well maybe a few less)