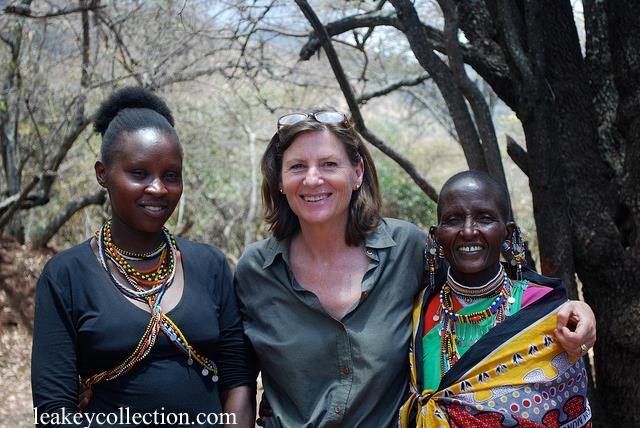 One of the great things about the Fair Trade Federation Conference each year is getting to hear the stories of some of our artisan partners in person and in full detail. This year Katy Leakey of The Leakey Collection was the first Plenary Speaker. She addressed the whole conference, telling the story of how they began their work with the Maasai women of Kenya and the empowerment that they now have. It was fascinating to hear their story. Even though Fair Trade Winds and Momentum has been carrying Zulugrass jewelry for many years, I didn’t quite know everything about them!

Katy and her husband Philip have lived in Kenya for many years. They witnessed the devastating effects of long-term drought on the Maasai livelihood — raising cattle. The cattle were the responsibility of the Maasai men, and the women were left to care for the children with no opportunity for other work. When the men struggled with the cattle, the families’ well-being suffered. The Leakeys came up with a way for the women to work, creating jewelry out of reeds that would otherwise be burned to make room for grass that the cows eat. The reeds are cut and dyed and made into “beads,” called Zulugrass, and the Leakey Collection was born.

The Leakey Collection is set up so that the Maasai women are entrepreneurs, not employees. They take Zulugrass kits back to the bush and employ others to help them, working as much or as little as they are able to accommodate the nomadic nature of the Maasai. The Leakeys’ sensitivity to the pastoral ways of the Maasai perfectly exemplifies the 9th fair trade principle: Respect Cultural Identity. The Leakeys do not require the Maasai women to come to a workshop to work, but allow them to work in the pastures, wherever they happen to be. 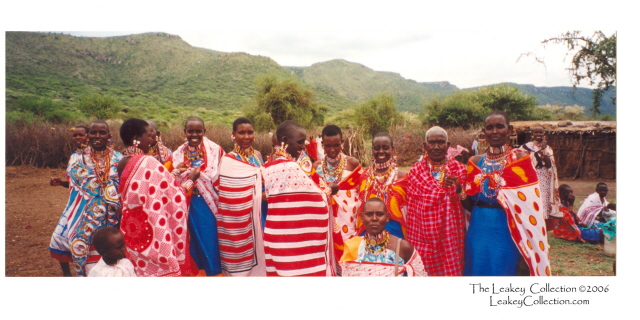 On the morning of the first payment, there were 30 women present. The Leakeys called the women’s names, but only a few stood to claim their payment. Eventually, they realized that the women must have changed their names since they began working. In the Maasai culture, a woman’s name reflects where she comes from and where she stands in the society and can change overtime as she sees fit. Today, the Leakeys have a unique system to ensure each woman comes to collect payment.

When the women were finally paid that first morning, they received a 1,000 shilling note, but were so unfamiliar with that amount of money that they tore the notes up. The Maasai women thought money was only coins; they had never seen paper money. The Leakeys educated them about how to handle the money. Today, each artisan has a bank account, no matter how small, and can transfer money with a cell phone. This is much more secure for the women.

Another difficulty the Leakeys encountered in the beginning phases was that the men wanted to take the money the women earned. Eventually, the men realized that when the women got paid, they used the money to buy food, medical supplies, and send their children to school. The men then could keep the cattle earnings for other things, and so they accepted that the women would become more self-reliant.

The Leakeys have come a long way since that first morning with 30 women. Living in Kenya, the Leakeys show an inspiring commitment to the continued empowerment and well-being of the Maasai. They have seen firsthand both the devastating nature of climate on the Maasai’s livelihood and also the intelligence, resilience, and growing happiness of the Maasai women as they work to improve their lives. This is what fair trade is all about — a true commitment to people, as it is so much more than just a fair wage.

Help your neighbor, shop the world