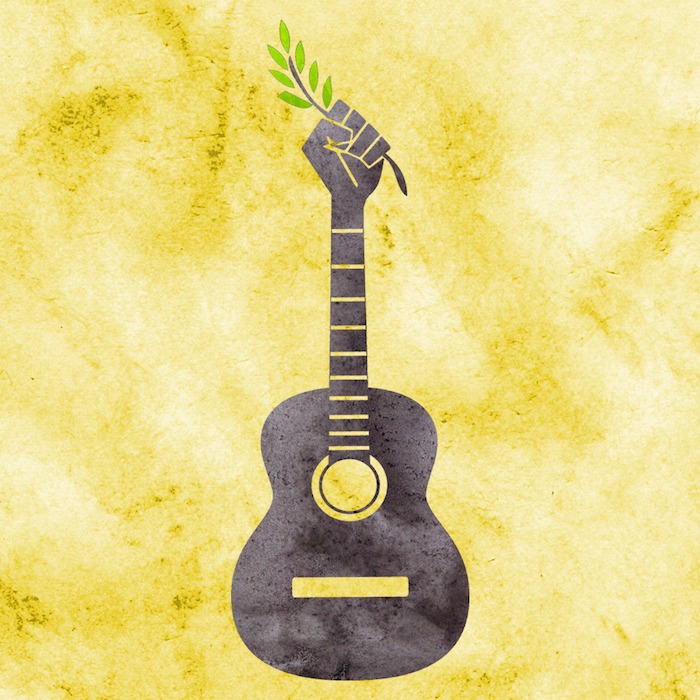 We asked our resident vinyl-expert, Philip, for his take on songs to inspire solidarity and resistance. There’s some classics in here like “What’s Going On” by Marvin Gaye as well as some brand new tracks like “We the People…” by A Tribe Called Quest. Let’s face it, times have always been a little tough, but we’re better when we stick together. Our world is an ever-changing, highly diverse mix of people and ideas. Fair trade is all about embracing our diversity, standing up for what’s right and, as The Frightnrs so aptly say “Do unto others, do unto others. As you like them do right back to you.” 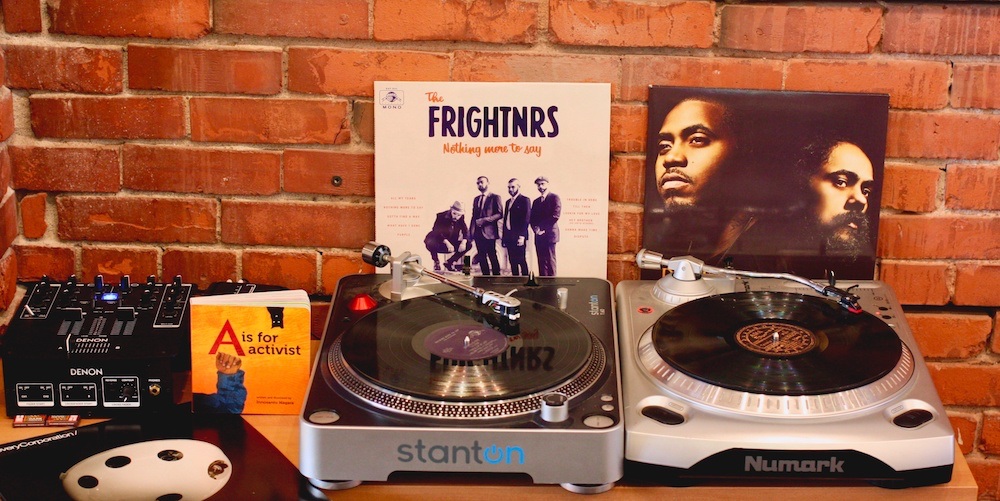 The depth of music that decries injustice and champions the people is boundless.  The power of resistance and solidarity has remained palpable through the evolution of popular music. Most of America’s popular music traces its roots through blues and gospel music and therein back to songs from slave plantations.  The songs sung by enslaved peoples created the rhythmic and melodic foundations for contemporary popular music while the composition of ideas and rhetoric similarly bore the potential for the likes of the tracks curated into this playlist.  We run the gamut from hip-hop to rock to punk to soul to afrobeat as we celebrate solidarity and prepare ourselves for resistance against forces opposed to workers and their families.

The playlist starts with a track from The Frightnrs that reminds of the importance of the golden rule.  Steel Pulse’s Handsworth Revolution asks us to stand in solidarity with one another and reminds us that justice stands for all.  Nas and Damian Marley alongside Lil’ Wayne lay down an anthem for the millennial generation extolling the virtues of change and progress on My Generation. Geraldo Pino inspired an entire generation of West African musicians and continues to inspire with his track Power to the People. Flash forward 40 years and Lakuta has picked up where many of the musicians inspired by Pino let off marrying incessant rhythms with driving social commentary.  Public Enemy’s Fight the Power serves as an anthem for resistance.  Geraldo Pino drew heavily from James Brown who inspired countless musicians and listeners alike with his track Say it Loud – I’m Black and I’m Proud.  The unrelenting Sharon Jones reminds us all of the land that we share in a stirring rendition of This Land is Your Land.  As Marvin Gaye moved away from the traditional and safe confines of the Motown sound, he blended the music coming from Detroit with a political charged lyrics in What’s Going On.

As we continue on, Thievery Corporation paired with lyricist Mr. Lif to decry the ills of the modern surveillance state.  A Tribe Called Quest’s recent release We The People chides the discourse and dismissiveness of those who would silence the voices of the people.  While these two tracks highlight the fractious behavior of draconian politicians, Queen Latifah reminds us of the need for U.N.I.T.Y. Common’s track The People builds from the themes of the previous songs.  One of the forebearers of Rap, Gil-Scott Heron reminds us that The Revolution Will Not Be Televised.  Seattle artist Woody Carr invites everyone to hop on the Peace Train.

Titans of modern punk, Anti-Flag extol solidarity declaring Power to the Peaceful.  The driving guitars of this song are followed by, perhaps, the most politically charged musician of his generation, Fela Kuti. His track Zombie lays bare his critique of soldiers following the orders of corrupt and malicious leaders.  New York Afrobeat outfit Antibalas follow with a contemporary corollary to Fela’s track exploring the hypocrisy of modern politicians.  While both those songs are hard hitting, Manu Chao cuts straight to the point when he sings Politik Kills.  Peter Tosh’s Equal Rights surmises from the previous songs that before there can be peace we need “equal rights and justice.”

Billy Bragg reminds the powers-that-be that even though they’ve tried to cripple the working class, we’re here and we’ll continue to fight for our rights. Bob Dylan’s Masters of War follows with a powerful elucidation of the military-industry complex and how politicians are eager for war, but not eager to help the worker.  Ben Harper tells us to Call It What It Is as he recounts the police violence and murders of young black men in America. Peter Tosh makes another appearance alongside the rest of The Wailers in their stirring track 400 Years that reminds us of the continuum of struggle that has needed to persist for far too long.

Jurassic 5 extol the virtues of Freedom in a laid back west coast anthem.  The Blue Scholars recount the resistance to the WTO meeting in Seattle in 1999 singing about the 50 Thousand Deep that stood up to leaders who wanted to see “trade get free and not fair.”  If we want trade to become fair then 2Pac reminds of the need for Changes in one his most iconic songs.

Marvin Gaye makes another appearance as his track Mercy Mercy Me (The Ecology) reminding us of the importance of the natural world and protecting our environment.  If the message hasn’t resonated by this point, John Legend and The Roots sing Wake Up Everybody! Black Gold by Esperanze Spaulding reminds listeners to “hold your head as high as you can.”  The Impressions implore us to be prepared to support one another on their track People Get Ready.  Finally Yusuf (Cat Stevens) concludes the playlist with the classic resistance anthem Peace Train.